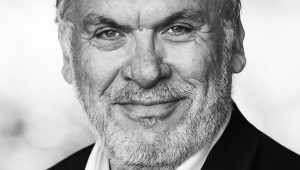 I am one of the many refugees who have received the protection of Norway. I felt somewhat anxious when minister Listhaug encouraged Norwegians to contact immigration authorities if they had information about refugees planning to travel, or who have already travelled, to their countries of origin.

The thought behind this is purportedly to identify people who claim a false need for protection. The minister´s proposal is problematic as it offers power to an informer society, thereby weakening the social fabric which binds us together. How are people going to figure out who travels where? Are we going to search for receipts in each other´s garbage bins?  Are we going to have conversations where we map out people´s movements and then call immigration authorities?

A society based on mistrust will destroy us. It will destroy our Norwegian values, because our society is based on trust and a finely threaded social fabric, made up by all the nuances of life. This mutual trust makes us free and independent human beings. We trust each other and we do stuff together. We come together through a long winter, we make society flourish, we think and build together. Our society is created by all of us and we all have a role to play, given the opportunity and access to possibilities.

Quite often refugees want to return. They would like to try, they dream of it, think of it and perhaps plan it for years. Sometimes, the waiting time is so long that the dream becomes a museum of memories rather than a realistic plan for their future. Refugees sometimes want to see what happened to their possessions or to their loved ones. Maybe they need to get some paper work done, or sort out inheritances, or say goodbye to elderly parents or other relatives whom they may never succeed in bringing to their new countries.

Some refugees travel back to plan for their final return. To assess, test and check out how things are; perhaps it´s safe, perhaps it it´s not. Life is complicated and so is a refugee´s journey. It´s true that refugees must follow laws and rules in the country giving them protection. It´s not good for either party, neither the society giving them protection nor the refugees who need it, if people don´t tell the truth about their protection needs.

The confessions of a refugee

I believe that in a perfect world, refugees should be given the opportunity to travel and assess if it´s safe to move back home. In humanitarian aid we use such “go-and-see” visits when we work with displaced communities to consider if return is possible. Visits are organized, coordinated and tested out in cooperation with all parties. Voluntary return is the key to success and an eventual safe life.

And here comes my confession. I will like to lift the burden from all my previous neighbors who might be checking their old calendars to see if this Chilean traveled to Chile for holidays or not. I confess: I went back to Chile in 1989, thirteen years after my dad and I had arrived in Norway as political refugees thanks to the efforts of the Norwegian ambassador Frode Nilsen and Roberto Kozak, IOM´s representative to Chile.

I had tried to accomplish this for a long time. There were so many things which were uncompleted, and at the core of this was the relationship with my family. In 1991 I went again, to visit my brother, his family and to see my dad, who had returned and tried to establish himself in the same place where our lives were abruptly interrupted many years before. He had retired from work in Norway and tried to establish a new life in Chile. We waited for him to be allowed to do that by Chilean authorities and travelled back with our Norwegian passports. It felt safer that way.

He had built a small house, and set up a little home with a few chickens, ducks and a couple of dogs, and life was good. After a little while problems started to erupt. He was harassed, people yelled at him. Things were stolen, he lost his property and he became ill. After several years abroad, he came back to Norway, where we could care for him and give him the affection and care he needed until the day he died.

Looking back, I believe it was good for him to spend time in Chile before he died. He felt a great sorrow when he again was harassed and his return failed, but at least he had tried. And it was good for me to see him there and talk him through it; enough was enough, he had to return home, back to us, here in Norway.

Life is complicated and so is a refugee´s journey.

Feedback from the Intensive Dialogue Workshop for … END_OF_DOCUMENT_TOKEN_TO_BE_REPLACED